Fox News, NY Post and Rupert Murdoch Empire are controlled by the Democrats 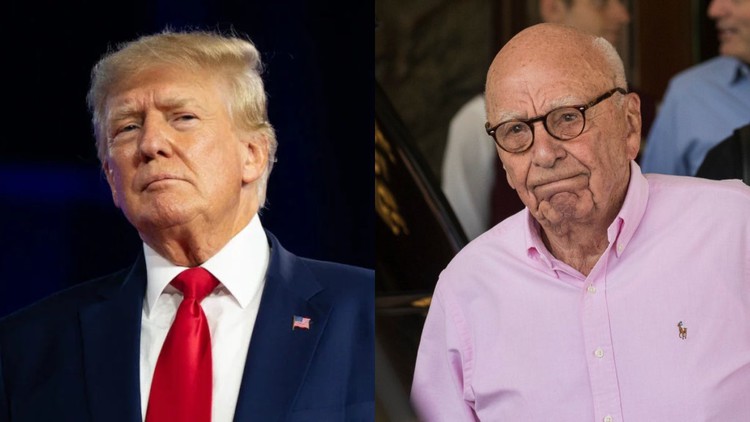 Anti-Trump Messages Are Because 'Murdoch Empire' Is Part of the 'Democrat-Controlled Press,' Newsmax Host Claims — TheWrap

"They are saying it was Trump’s fault for killing the red wave," Chris Salcedo said, referring to the lackluster performance of the GOP in the midterm election

Critics who are blaming Donald Trump for Republican losses in the midterm elections are because the “Rupert Murdoch empire” belongs to the “Democrat-controlled press,” Newsmax host Chris Salcedo claims.

“They are saying it was Trump’s fault for killing the red wave,” “The Chris Salcedo Show” host said on Friday morning.

Conservative billionaire Murdoch’s portfolio consists of Fox News, the Wall Street Journal and the New York Post, among several other news media properties. The Wall Street Journal pointed out that “Trump acolytes” were nominated in place of better candidates, while the New York Post concurred that Republicans must revise their strategy following “the red trickle.” Even Alyssa Farah Griffin, Trump’s former White House communications director, branded Trump “the single biggest loser” of the midterms on both “The View” and during a CNN appearance.


I love the nut jobs that are with Trump.
Reactions: rumble_lion
B

It appear the blame game is normal in Trump world.
Reactions: rumble_lion
O

Although Murdoch's holdings nominally are on the other side, in the bigger picture I think those folks are on the same side as the Lefties at the top. It's more Those Running Things vs The Rest rather than Left vs Right.

Know how it eventually came out that there actually was good evidence that COVID could have come from a lab and that the US, via Fauci, were funding gain of function research in China? It wasn't one of Murdoch's giant news outfits that discovered that, even though they obviously had the resources to do so.

Both sides want the same basic system to remain in place. They're fighting over details over which side will benefit from the current system most rather than calling the whole system into question.
Reactions: Bob2022 and bourbon n blues
You must log in or register to reply here.

Why red states are winning the post-COVID economy

As she rules against Trump, US District judge unwittingly opens the door to implicating Obama for authorizing Crossfire Hurricane. (link)

For Lefties Making Fake Claims that Trump was authoritarian and a fascist, article by Greenwald comparing Trump and Dems makiing clear Dems are Worse