Why Hasn't DeSantis' Election Fraud Unit Gone After Broward County's Brenda Snipes Who Admitted She Destroyed Tens of Thousands of Ballots In 2016? 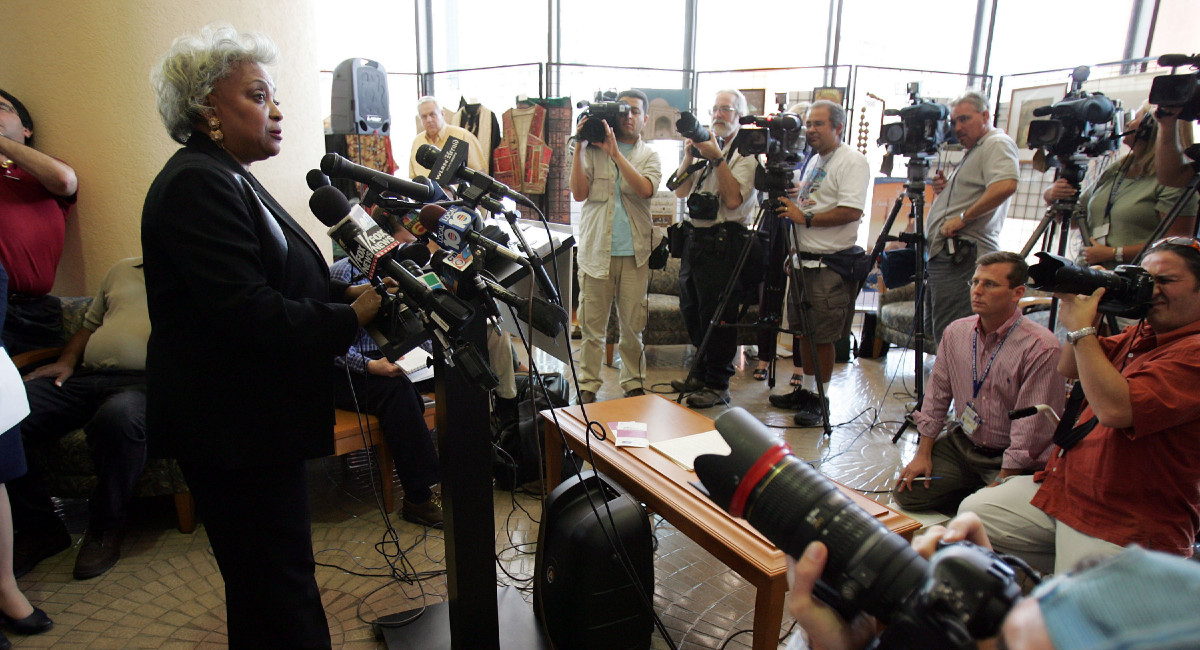 Snipes’ office destroyed the paper ballots in question in October but says it’s lawful because the office made high-quality electronic copies.

This shit is why people don't trust elections.

Murders Spies And Voting Lifes: The Clint Curtis Story is an incredible documentary which tells the story of a computer programmer who was contacted by a private company' with ties to convicted chinese spies, to write a program that could be used to rig elections...what follows is the breaking of a massive conspiracy in which there would be hard evidence of vote manipulation via electronic voting machines-whether using Curtis's program or the twenty year old bootloader hack which, as show by students at Princeton University, could be loaded onto any of these machines in less than a minute; the sketchy firing of two employees-one being Curtis himself- from the Florida Dept of Transportation; corrupt ties to leading members of Diebold-one of two companies responsible for vote counting in the US; and a dead Florida DOT investigator- Raymond Lemme RIP- who was privately investigating the claims made by Curtis...who conveniently commited suicide in Georgia, where autopsies are not done on suicide victims, as opposed to Florida where an autopsy would have been automatic. What really happened in 2000 to Al Gore and Ohio & Florida, and again in 2004.....now you can finally know the truth, and it ain't pretty! 7 parts 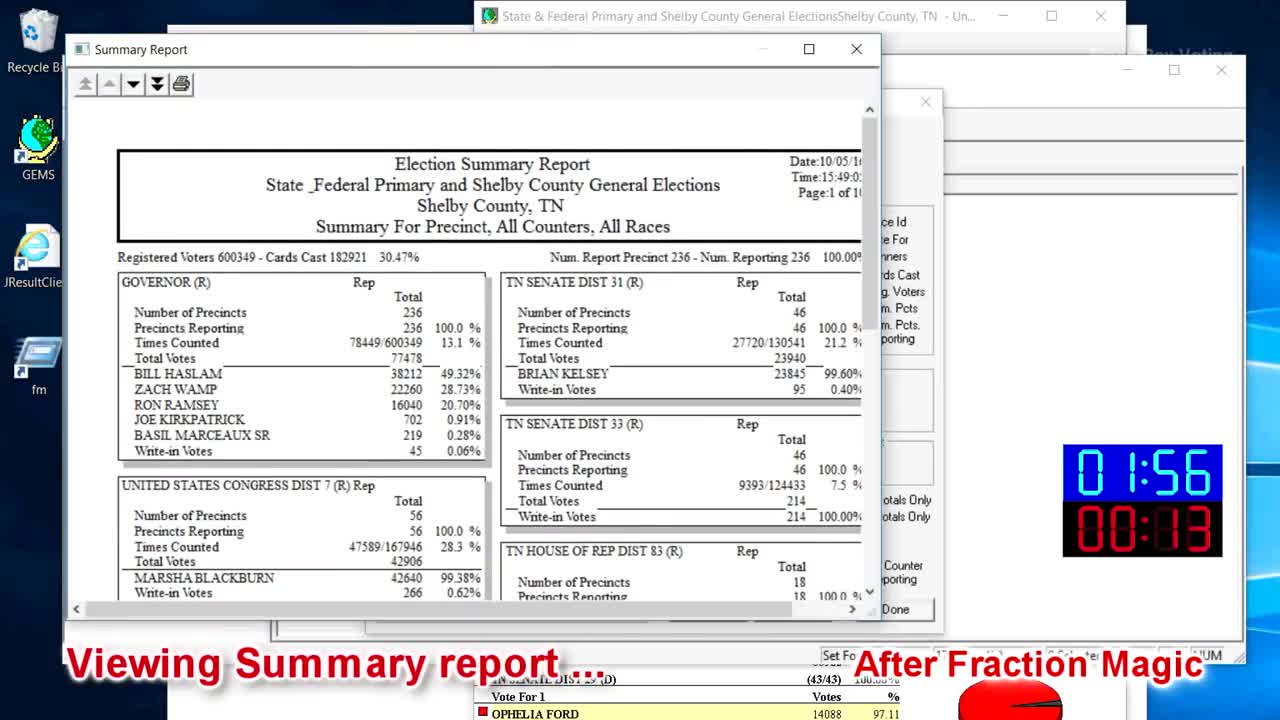 A real-time demo of the most devastating election theft mechanism yet found, with context and explanation. (See also: Jordan Robertson of Bloomberg Business analyzes Fraction Magic in its Cyber Securi 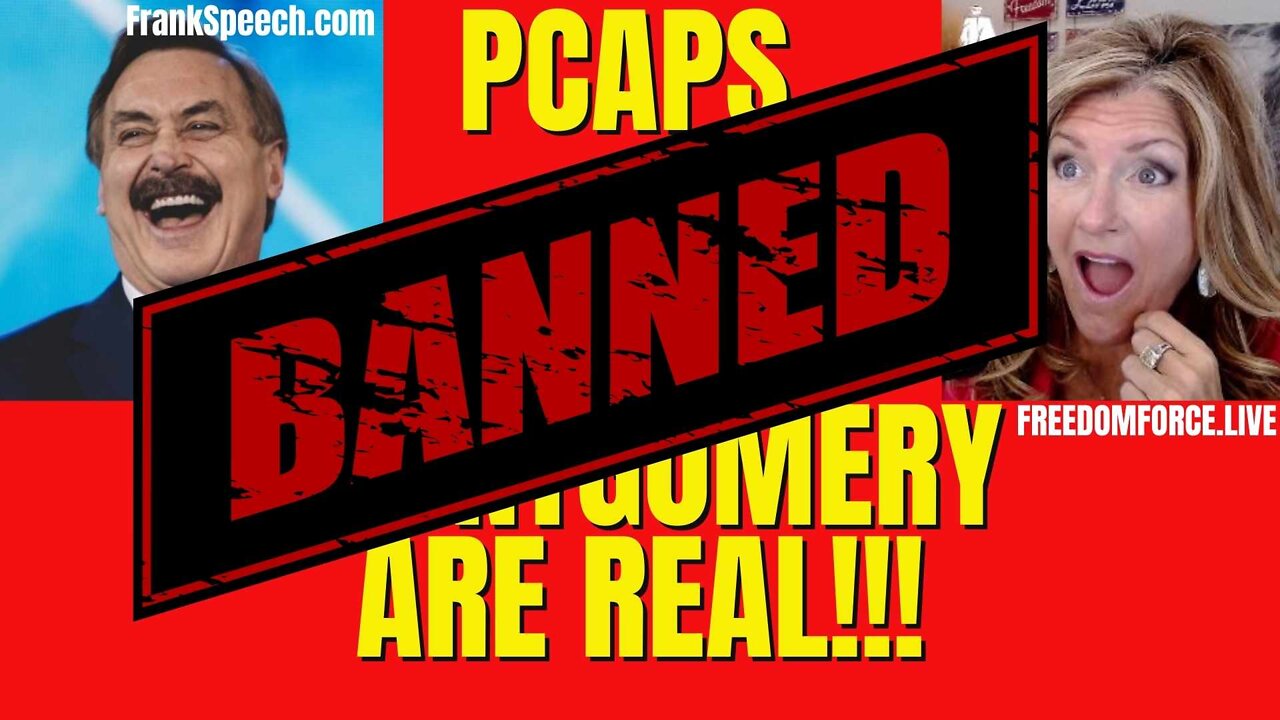 Dr. Douglas Frank breaks down how the deep state stole the 2020 election and how their algorithm worked. In short since they didn't have 2020 census data available at the time they used the 2010 census to inflate voter registrations (at the county level) based on a "key" then used that as a...

Dr. Douglas Frank breaks down how the deep state stole the 2020 election and how their algorithm worked. In short since they didn't have 2020 census data available at the time they used the 2010 census to inflate voter registrations (at the county level) based on a "key" then used that as a credit line of phantom voters to fill in what they needed to get their target values. If they didn't do this it would be easier to catch with a recount or comparing votes to registrations.

Dr. Frank's team supposedly has pcaps (packet captures) of data from at least 3,009 counties capturing all of the electronic network traffic in and out of the county election systems. This is essentially the data the NSA would have as well. 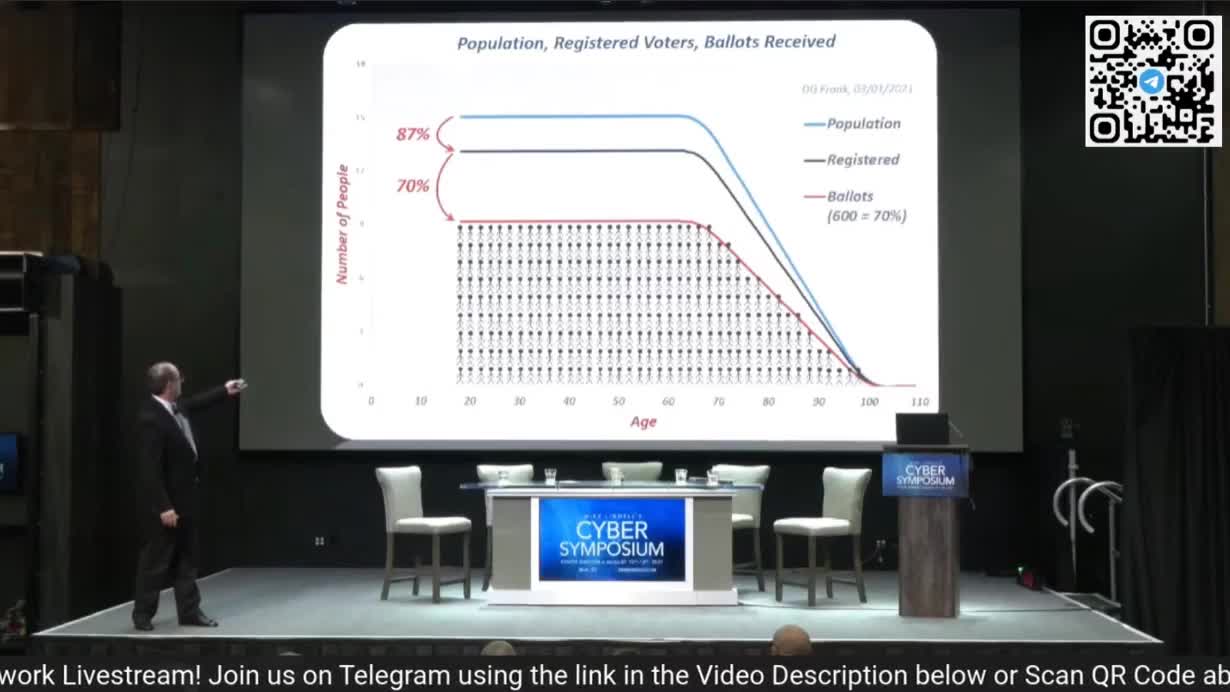 Dr. Douglas G Frank shows us information he has discovered relating to election integrity. Shows us how the 2010 census was used to fabricate voters to inflate the vote. At the Mike Lindell Cyber Symp 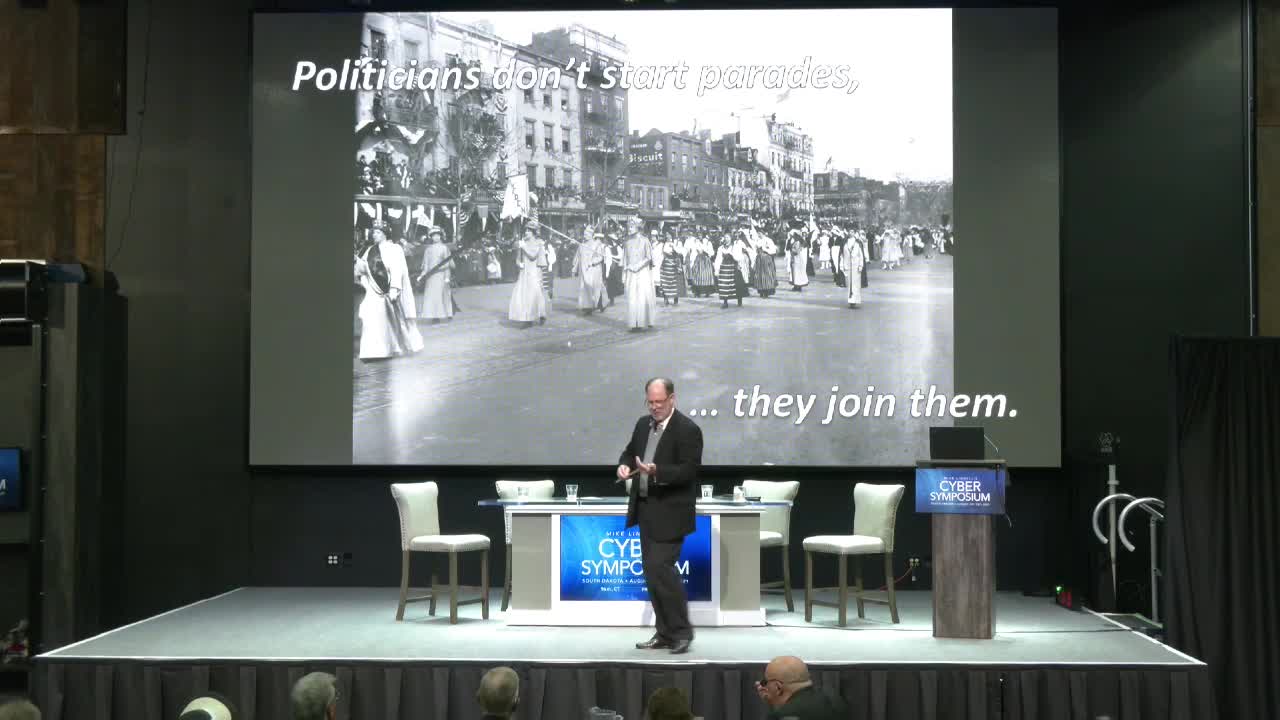 Dr. Douglas Frank explains how voter databases are inflated and the proof that the 2020 election was stolen via an algorithm.

DeSantis may be a snake in the grass. He apparently is talking to Paul Ryan and Jeb and W Bush about running against Trump in 2024 and Matt Gaetz and other FL patriots, megadonors and members of Congress and FL state politicians, have leaked all the evidence to Trump. Gaetz went to the Trump rally last week, not the DeSantis rally which was held at the same time at a different location.

DeSantis previously said he won't run in 2024 but the Mar a Lago raid changed everything. I also suspect that DeSantis knew about the raid and actively helped the FBI to do the raid. I think governors have to sign off on FBI raids on high profile people like Trump. He refused to give a statement on the raid for FIVE DAYS and within those five days he fired his whole 2022 campaign staff and replaced them with a RINO type of staff looking ahead to 2024.
You must log in or register to reply here.

Why The F Is Democracy worries Defined As Our Ideas Were Voted Dopwn?